The Remote Amastra Snail was described in 1917, originally as a full species; it is known from (sub)fossil remains that were recovered from Pleistocene deposits in the southwestern part of the Kalalau Valley on the island of Kaua’i in the Hawaiian Islands.

“A. remota is undoubtedly closely related to A. anthoni. It differs from Newcomb’s species by its much larger and flatter embryonic whorls, more cylindrical and less conic outlines. There is no doubt that both species are derived from the same stock as the granular surfaces of both are almost identical though slightly coarser in the best preserved specimens of A. remota. in two specimens of this species, the aperture is very oblique and narrow, the last whorl descending very rapidly just before terminating at the peristome.” [1]

It was classified as a subspecies of Anthoni’s Amastra Snail (Amastra anthonii (Newcomb)) in 1933. [2]

This form might in fact not be distinct at all but may be identical with Anthoni’s Amastra Snail. 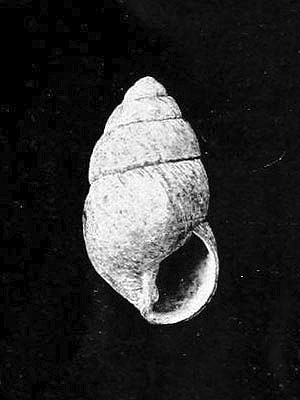