Costello’s Boby was described in 1988; it is known from subfossil remains, about 1200 years old, that were recovered from archaeological site on the islands of Tahuata and Ua Huka in the Marquesas, French Polynesia.

Despite having been described as a subspecies of Abbott’s Booby (Papasula abbotti (Ridgway)) (see photo), it may in fact have been a distinct species, its exact distribution is not known but it very likely was not restricted to the Marquesas Islands; Abbott’s Booby itself is nowadays strictly restricted to Christmas Island in the Indian Ocean but was once much more widespread. 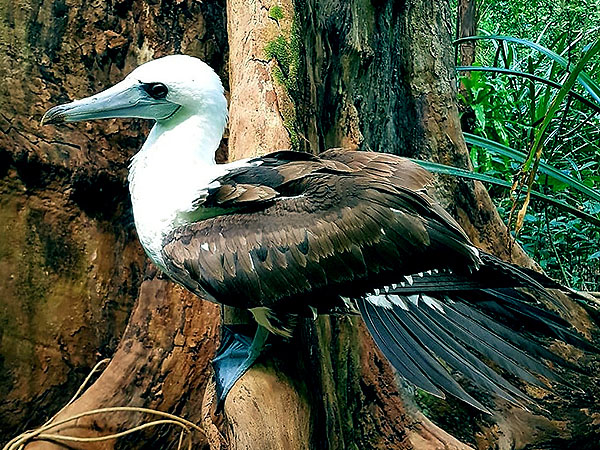