Thurston’s Amastra Snail was described in 1917; it was found in Late Pleistocene/Early Holocene deposits at Manoa in the south-east of O’ahu, Hawaiian Islands.

The shells of this species reached sizes of about 1,4 cm in height.

“This extremely rare and interesting species is entirely distinc [sic] from any other species of Amastra. The Pleistocene deposits in Manoa are rather interesting as the shells do not occur in layers as in most deposits but in rather small pockets, containing from a few cc. to maybe half a liter. These pockets are literally full of shells, mostly in fragments, and belong to a number of genera.
A. thurstoni differs from all the other species of Cyclamastra by its proportionately long and slender spire and distinct plicate surface. It is not closely related to A. fragilis of Molokai, with which it agrees in having a narrow perforation and attenuated spire. It differs, however, in having more whorls, the spire is proportionately more attenuate and the surface more distinctly plicate.” [1] 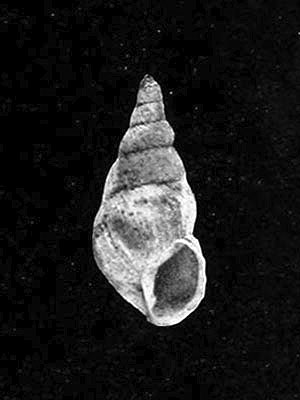