The Cuban Angostura was described in 1822; it is known only from the type specimen and a single additional specimen which was collected some years later.

The species was restricted to the island of Cuba, where it was known as Quina del país.

The indigenous people of South America and the Antillean islands formerly used the bark of congeneric species to produce a stimulant tonic, it is still used as a source of antipyretics; it is thus very likely that the populations of this species were highly reduced by collecting of their bark. [1] 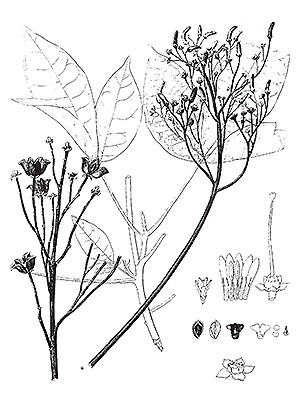