Hitchcock’s Amastra Snail was described in 1917; it was apparently restricted to a region near the northern shore of Moloka’i, Hawaiian Islands.

“The original specimen of this species was collected by Mr. D. H. Hitchcock, in May, 1913 and consisted of the aperture and a portion of the last whorl. On four trips to Molokai, the writer tried to relocate the original fossil bed but was unsuccessful. In December, 1914, Mr. G. P. Cooke, found a number of examples at Hinanaulua on the northern coast of Molokai. Unfortunately, the only whole specimen was not quite mature. During March, 1915, the writer spent about three weeks on Molokai, collecting for the most part from the fossil beds of the northern coast from the northwest point of the island to near Puukapele. A number of broken and immature specimens were taken and in addition to these two fine adults. One of these serves as a type of the species and came from the second valley west of Puukapele.” [1]

The shells of this species are unusually large and reach sizes of up to 3 cm in height. 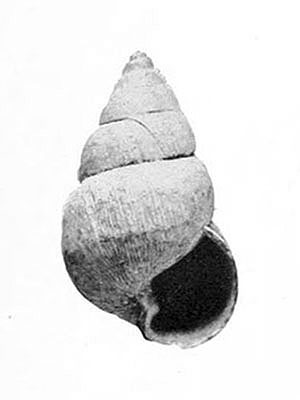