This species was described in 1872; it was endemic to the island of Rarotonga,Cook Islands, where it apparently was quite common and widespread; A. J. Garrett, the author of the species, gave the following information about it.:

“A common species lurking under stones and among rotten wood. It was found in several villages.” [1]

The shells reach an average size of about 0,35 cm in diameter.

The Rarotongan Sinployea Snail was not recorded since the mid-1800s and thus is considered extinct. [2] 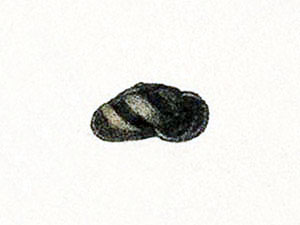