The Kenyan Oribi is one of the about nine subspecies of the Oribi (Ourebia ourebi Zimmerman), a small antelope species that is distributed over several parts of central-, eastern- and even southern Africa; it was apparently restcicted to the slopes of Mt. Kenya. 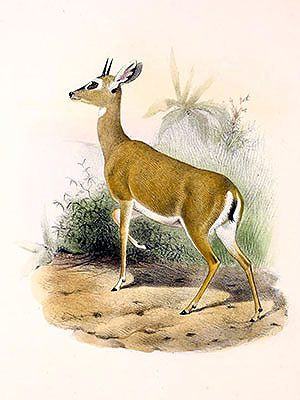