The Nukuhiva Monarch was described in 1928, originally as a subspecies of the Marquesan Monarch (Monarcha medonzae (Hartlaub)); it was endemic to the island of Nuku Hiva, Marquesas.

The birds were locally known as kokohuia or pati’oti’o; they reached lengths of 17 cm; the males were completely velvety black, while the females had a black head and belly, the rump and belly were white, the wings were black and white, the tail was pure white.

The Nukuhiva Monarch was already on the brink of extinction when it was discovered; the last birds were seen in the 1930s, the species is now extinct. [1][2][3] 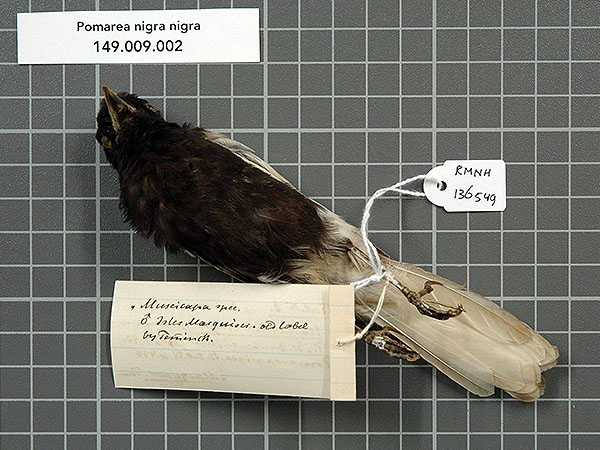