This species was described in 1928, respectively in 1929; it is known exclusively from a painting, which again is depicting (in my opinion) a pair of the species as well as a juvenile bird (see depiction below).

The species did once inhabit the small island of Maupiti in the western leeward islands of the Society archipelago; this island has been completely deforested and is now covered with introduced vegetation.

The original endemic land bird fauna is not known, except for this one, rather enigmatic monarch species, but it may well have included several other species. 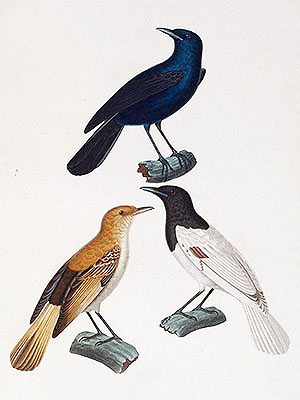