This species was described in 1872; it is endemic to the island of Rarotonga, Cook Islands; it was originally described by its author as: “A very pretty and somewhat rare species, having a wide range on the island, and generally found on the ground on the sides of ravines” [1]

The species is now extinct. 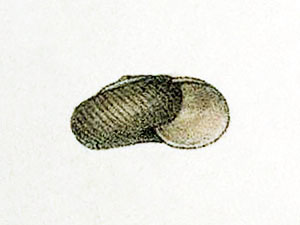