The Reunion Slit-eyed Skink was endemic to La Réunion in the Indian Ocean.

The species was last collected in 1839, its extinction is attributed to the Wolf Snake (Lycodon capucinus F. Boie), a small, mildly venomous snake from South Asia specialized in hunting small reptiles, that was accidently introduced to the Mascarene Islands in the middle of the 19th century. [1]

The Reunion Slit-eyed Skink’s next living relative is Bojer’s Skink (Gongylomorphus bojerii (Desjardins)) (see photo below), which is restricted to the island of Mauritius. 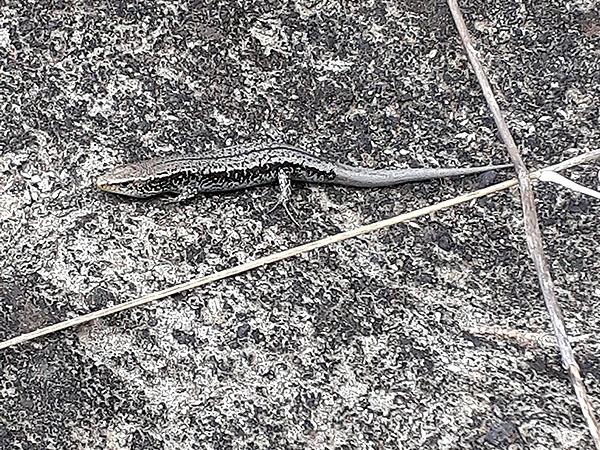