Stephan’s Riffle Beetle was described in 1972; it was restricted to Madera Canyon on the western flank of the Santa Rita Mountains in south-east Arizona, USA.

The species was only ever found at two locations: Sylvester Spring and Bog Spring; in the last location it is known to have inhabited wet areas near a leaking pipe that diverted water from a spring to the Bog Spring Campground.

Stephan’s Riffle Beetle was last seen in 1993 and was officially declared extinct in 2016. 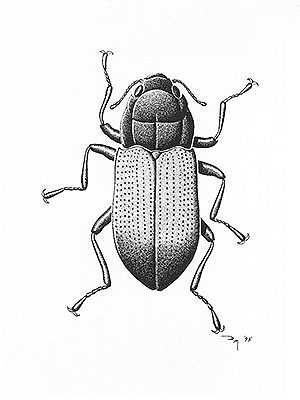