The Robust Amastra Snail was described in 1917; it was found in the forests on the mountain slopes along the western coast of Hawai’i Island.

“A. viriosa is unlike any species so far reported from Hawaii. Its nearest relative is probably the extinct A. senilis from Waimea. The latter is a larger species, much more roughly sculptured and has a larger perforation, besides being much broader in proportion to its length.” [1]

The shells reached average sizes of about 2 cm in height.

The species was found alive but was apparently already on the brink of extinction at that time. 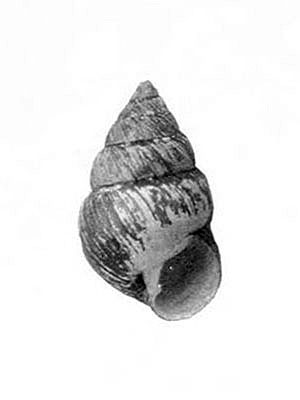