The Lake Petea Snail is one of the few species

in which we can trace the exact course of their extinction.

The species was described in 1847, it was restricted to a single relict site, Lake Pețea, a thermal lake with a water temperature of around 42 °C near the town of Oradea in north-western Romania.

The lake is situated above a rich geothermal aquifer, which is known since ancient times, the thermal water has been used to heat a public bath and several houses in the area. It is home to several endemic plant- and animal forms and was declared a nature reserve in 1932. With the beginning of the 2000s the site was found to be heavily polluted with litter; in 2011, the thermal underwater spring suddenly ceased its activity, resulting in an abrupt reduction of the water level and the surface area and in 2015, the lake was reduced to a small pond due to the overexploitation of the thermal aquifer.

In an effort to save the Lake Petea Snail from extinction, several individuals were brought into captivity; in the beginning these individuals reproduced but after some time they began to suffer from a high mortality, and the last surviving snails were finally sent to specialists, but without any success – the species is now extinct. [1] 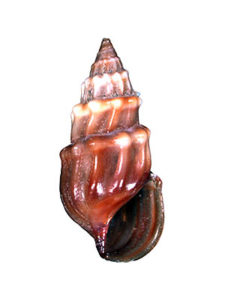