The Cozumel Thrasher is, or rather was, endemic to Cozumel Island offshore the Yucatán Peninsula of Mexico.

The species reaches a length of about 21 to 24 cm.

The Cozumel Thrasher’s population was declining due to habitat destruction, when several hurricanes hit the island, leading to a further decreasing in numbers; the species was thought to have gone extinct when in 2004 it was rediscovered, only to apparently getting completely wiped out by subsequent hurricanes. It is now most likely extinct. 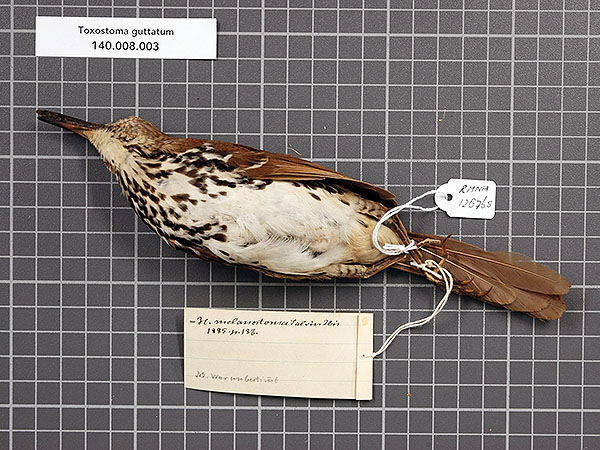