Forbe’s Amastra Snail was described in 1917; it is known only from (sub)fossil remains found in Late Pleistocene/Early Holocene deposits near the Makua beach at the foot of the Wai’anae Mountains on the island of O’ahu, Hawaiian Islands.

“The material on which this species is based consists of two whole adult specimens and the lower portion of two additional specimens. all the specimens were taken by Mr. Forbes in a single pocket in sand deposits along the railroad track north of Makua. On a later visit by Mr. Forbes and the author, no additional specimens were found though all the exposed surfaces of the sand pockets along the track were carefully gone over. These pockets consist of beach sand covered by talus.” [1]

The shells of this species reach sizes of about 1,3 to 1,4 cm in height. 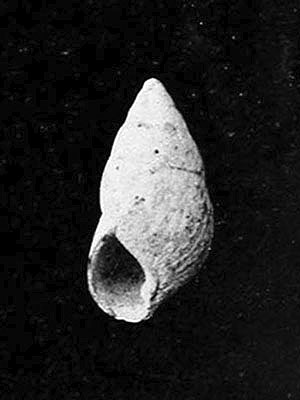