The Christmas Island Bollworm was described in 1912 based on one male and four female specimens.

The Christmas Island Bollworm was originally considered common towards the end of the rainy season; however, the species has not seen since the 1930s and is now most likely extinct. [1][2] 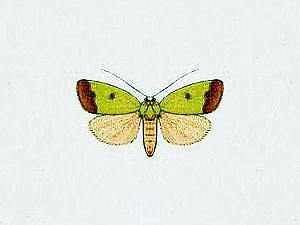 Depiction from: ‘George Francis Hampson: Catalogue of the Lepidoptera Phalaenae in the British Museum. London: printed by order of the Trustees 1898-1920’