The King Island Emu was a dwarf subspecies of the Australian Emu that was restricted to the small King Island in the Bass Strait between Australia and Tasmania; it was actually the smallest emu form known so far.

The birds reached heights (at the back) of about 50 cm.

The King Island Emus were eradicated by the first European settlers who hunted thousands of them every month; the birds disappeared around 1805. Two birds that were caught and brought into captivity in Paris, France, survived until 1822, outliving their wild fellows; the depiction shown here is based on the skin of one of them, which is now kept in the Muséum national d’histoire naturelle in Paris. 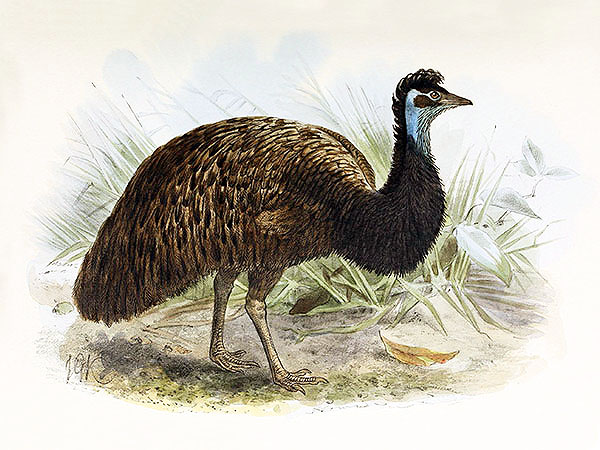