The Haitian Nesophontes was described in 1929 based on subfossil remains that were recovered from cave deposits on the island of Hispaniola. 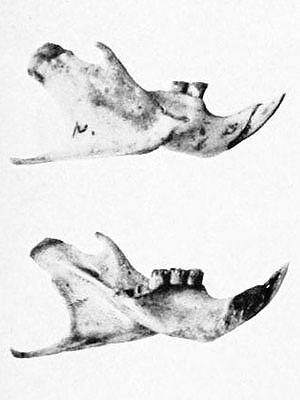 The Hispaniola Racer was described in 1862, it was endemic to the large island of Hispaniola in the Greater Antilles.

The species reached a length of about 65 cm, its back was plain olive-green colored, there was a white stripe spanning from the neck to the middle of the body, the belly was olive-green as well, yet somewhat lighter than the back.

The biology of the Hispaniola Racer is not well known, it was diurnal and apparently was mostly found on the ground.

The Hispaniola Racer was last found in 1910 and is now considered extinct. The reasons for the extinction of this species are the same as for its gongener from the nearby island of Jamaica, the Jamaican Racer (Hypsirhynchus ater (Gosse)), that is habitat loss and predation by the introduced and highly invasive Javan Mongoose (Herpestes javanicus (É. Geoffroy Saint-Hilaire)).

Alexander’s Caracara is known from fossil remains recovered from Late Pleistocene deposits on the island of Hispaniola.

The species may have survived into the Holocene and is thus briefly mentioned here.

The Navassa Island Iguana is a subspecies of the Rhinoceros Iguana (Cyclura cornuta (Bonaterre)) that was restricted to the tiny and uninhabited Navassa Island and is sometimes treated as a distinct species.

The animals reached sizes of 60 cm to about 1,3 m and were dark green, grey to nearly blackish grey or brown in color.

The Navassa form was described in 1885, it disappeared sometimes after completely unnoticed, the reasons for its extinction are probably mainly found in habitat destruction by guano mining as well as predation by introduced dogs and rats.

This species was described in 2000 based on (sub)fossil bones found on the Haitian part of the island of Hispaniola.

The species disappeared at the beginning of the Holocene era. [1]

The Navassa Curly-tailed Lizard was described in 1868, it is known only from the type specimen, a female bearing three mature ova [eggs].

The species was endemic to the tiny, uninhabited yet not undisputed island of Navassa: the island is the subject of an ongoing territorial dispute between Haiti and the United States, both of which claim the ownership over the little dry rock.

The Navassa Curly-tailed Lizard reached a size of about 13 to 14 cm long (including the tail). [1]

The subfossil remains of this form, whose closest relative seems to be the Imposter Hutia (Hexolobodon phenax (Miller)), known only in a subfossil state as well, were found in 1989 (?) on the island of Hispaniola.

The species was apparently restricted to the Plateau Central in the Haitian part of the island of Hispaniola, Greater Antilles.

The Central Haitian Curly-tailed Lizard was a smaller species, it reached a size of about 15 cm (including the tail). [1]

The species was last recorded in 1976 and is now believed to be extinct.

This species was first recorded from a Holocene fossil site from Trouing Jean Paul, a high elevation limestone sinkhole in the Massif de la Selle, Haiti, which represents the prey remains of the the endemic Ashy-faced Barn Owl (Tyto glaucops (Kaup)). These can be dated to an age of about 1000 CE, thus date to a time when most of the larger endemic bird – and mammal species already had been extirpated by the first Amerindian settlers, but still some 500 years before the arrival of the first European conquerors. [1][2]

No woodcock species is today known to inhabit the Caribbean region, but formerly there appears to have been a small radiation of at least two species, maybe some more to be discovered in the future.

The Hispaniolan Woodcock most likely disapperaed due to hunting and habitat destruction, it may even have survived into quite historical times, but this assumption needs to be proven.

The Haitian Edible Rat was described in 1929 based on subfossil remains.

In pre-European times, the native spiny rats of the Caribbean were very common and were an important part of the diet of the indigenous people.

Most of the known species – including this one – did not become extinct until a short time after the arrival of the Europeans. [1][2][3] 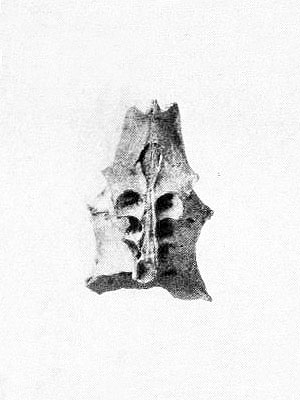 The Hispaniolan Giant Barn Owl was described in 1922 on the basis of subfossil remains that had been recovered from several cave site on the island of Hispaniola in the Greater Antilles. [1]

The species survived until the Holocene and most probably disappeared after the extinction of its main prey items, the large endemic mammals that mostly were extirpated by the first Amerindians that reached the islands of the Caribbean.

The Atalaye Nesophontes was described in 1929 on the basis of subfossil bones that were found on the island of Hispaniola and on the small offshore Île de la Gonâve.

The species disappeared at about 1175 to 1295 A.D. or probably even later, since some of its remains were found together with bones of rats (Rattus spp.) which were introduced to the Caribbean by Europeans only in the 15th century.

The St. Michel Curly-tailed Lizard was described in 1984 based on subfossil bones that had been collected already 50 years prior from the deposits of an unspecified cave (or from more than one cave, it is not known) near Saint-Michel-de-l’Attalaye in the Département Artibonite in the western part of Haiti.

It is not known if this species survived into post-European times (after 1492), it is, however, quite likely. [1]

The Puerto Rican Hutia was described on the basis of remains found in aboriginal midden remains on the island of Puerto Rico.

The species, however, was actually native only to the island of Hispaniola, perhaps including some small offshore islands, this is known from fossil remains that were found at sites without anthropogenic relations

The Puerto Rican Hutia was imported by the natives to other islands for nutrition purposes, and indeed all bone remains of this species found outside the island of Hispaniola were found in the litter of former natives settlements.