This North African species was described in 1870 based on fossil remains that were dated to the Upper Pleistocene, however, some remains apparently turned out to be much younger, thus the species might have survived until about 3000 years BP..

I was unfortunately unable to find any source for that assumption.

The subspecies discussed here was described in 1928, it is, to my knowledge, known from a single male and female specimen collected at a place named Tizi-n-Tiskrine in the Atlas Mountains of Morocco.

The subspecies appears to have not been recorded since and is likely extinct.

The North African Hartebeest [which is a monotypic species in my opinion] was once widely distributed all over northern Africa, including Egypt, Algeria, Jordan, Libya, and Morocco, and occurred probably also in Palestine and some parts of Saudi Arabia.

The animal reached a shoulder height of up to 1,5 m.

The North African Hartebeest was already well known to the ancient Egyptians and the Romans and can be found depicted Roman mosaics.

The species begun to disappear during the second half of the 19th century – due to direct hunting, especially during the French conquest of Algeria between 1830 and 1847, when thousands of the antelopes were killed by French soldiers just for amusement.

The last known individual was shot in the year 1925 in Morocco.

Yet, the species may have survived in the wild for a longer time than previously known – some bones, found 1998 in the Dakhla Oasis in Egypt inside of an abandoned hyena burrow could be dated to about 1960.

This subspecies is now considered extinct; however, I cannot find any additional information so far. 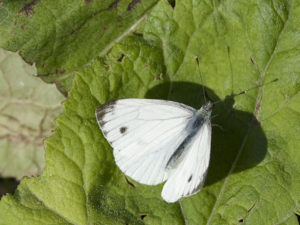 While one of the subspecies of the Southern Small White, namely the South-Alps Southern Small White (Pieris mannii ssp. alpigena Verity) (see photo), is extending its range beyond the “Schweizer Mittelland” region since 2008 and will be certainly moving further north in the future (it actually reached my region in 2016).

The Atlas Southern Small White was described in 1952, it was restricted to the Middle Atlas, Morroco.

This form is known to have been the largest subspecies.

It was last seen in the year 1973 (according to other sources in 1999) and is now considered most probably extinct.