The Orontes Bream, aka. Long-spine Bream, described in 1843; it was restricted to Lake Amik in Turkey as well as some water bodies in the Ghab Plain in Syria, which both obtain their water from the Orontes River.

Lake Amik was drained in the 1940 to obtain land for growing cotton but also to eliminate malaria; and the swampy areas in the Ghab Plan were drained in the 1950s, more or less for the same reasons.

The Orontes Bream is now most likely completely extinct. 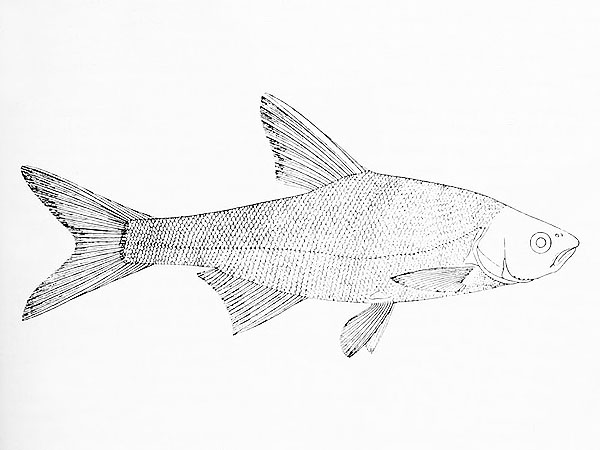 The Trustees of the Natural History Museum, London

The Damascus Bream was described in 1883; it was restricted to water bodies on the Golan Heights in Syria; most of which are now either dried up or heavily polluted.

The last specimens were found in the late 1980s in the Masil al Fawwar river system, it might now be completely extinct.

The Thick-shelled Melanopsis Spring Snail was described in 1874; the species is only known from the headwaters of karstic spring complexes of two tributaries of the Euphrates River in north-eastern Syria along the Syrian-Turkish border (near the village of Ain al-Arous as well as near the cities of Ra’s al-‘Ain and Tell Abyad). [1]

The species has not found since the 1940s and is believed to be extinct. 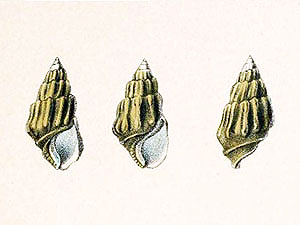 This species was described in 1939; it was found near the city of Ra’s al-‘Ain in a series of karst springs in northern Syria that form the main spring of the Khabour River, which again is a tributary of the Euphrates River. [1]

The water situation in the region is dramatic and the type locality has fallen dry; in fact, the snail species was never found again since its description and is quite certainly extinct.

This species was described in 1939; it is known only from its type locality, a small spring near the city of Daraa in southern Syria at the border to the kingdom of Jordan.

The species was apparently not found during recent surveys and is believed to be extinct.

The Syrian Elephant was a subspecies of the Asian Elephant (Elephas maximus L.) that formerly inhabited the Euphrates-Tigris River Basin, a region that today often is called the ‘Middle East’.

The last populations disappeared at around 100 BC..

[1] Ebru Albayrak: The ancient Asian elephant of Turkey in the light of new specimens: Does it have regional features? Quaternary Science Reviews 218: 189-199. 2019

The Arabian Ostrich was a subspecies that inhabited the Arabian Peninsula and parts of the Middle East region, it was described in 1919.

The Arabian form was almost similar to the North African Ostrich (Struthio camelus ssp. camelus L.), but was slightly smaller, furthermore the females are said to have been somewhat lighter colored than those of the North African form.

The Arabian Ostrich was heavily hunted, a fate that is shared with many other large birds like bustards, in the end it was hunted to extinction.

In recent times North African Ostriches were introduced to Arabia and Israel, to replace the extinct Arabian form.