The Striped Ostodes Snail was described in 1847; it is, or maybe was, endemic to the western part of the island of Tutuila, ‘American’ Samoa, where it is known as ‘akaleha or sisi.

A survey undertaken in 1992 found abundant empty shells but only a few life animals in a very small, restricted area; the species has not been seen alive since and appears to be extinct now. 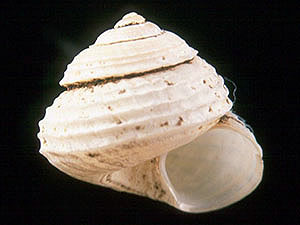