This freshwater mussel species is, or maybe was, endemic to Lake Victoria, where it appears to have inhabited an only about 10 km² large area.

The species was not recorded in recent surveys (actually it has not been recorded for over 100 years), it might have fell victim to the human-induced pollution and sedimentation of the lake and is now very likely extinct.

The Caspian Triangular Mussel was described in 1855; it was restricted to the Caspian Sea.

A closely related species, the Zebra Mussel (Dreissena polymorpha (Pallas)) (photo below) has been introduced to several lakes in North America, where it has become invasive itself. 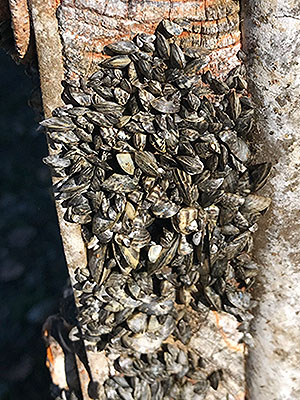 The Ochlockonee Arcmussel was scientifically described in the year 1901.

The species lived exclusively in the Ochlockonee River in Florida, where it occurred obviously at only two places (Specimens, that were found in the Flint River in the Upson County in Georgia, were later identified as Southern Elktoes (Alasmidonta triangulata (Lea)).).

The habitat of the mussel was destroyed when in the year 1927 a dam was build to impound the Ochlockonee River for power production, and when the sections of the river, in which the species lived, were inundated thereby.

The last members of this species were found in the year 1931.

The former habitat of this species does not exist any more, it has been replaced by today’s Lake Talquin.

The Rio Grande Monkeyface is known, on the one hand, from subfossil remains from the Pecos River drainage in New Mexico, USA, but on the other hand also from live specimens from the Rio Grande in Texas, USA as well as from the Río Conchos in Chihuahua and from the Río Salado in Tamaulipas (both in Mexico).

The last living specimes of this species have been collected in the year 1898 near Bracketville in the Kinney County in Texas.

The Rio Grande Monkeyface is very possibly extinct, there exists, however, a vaguely possibility, that a population may still survive at least somewhere in Mexico.

The Acornshell aka. Acorn Pearly Mussel was described in 1834; this species inhabited the drainages of the Cumberland- and the Tennessee Rivers in Alabama, Kentucky, Tennessee and Virginia, USA.

The species died out due to habitat destruction and pollution; the last known individuals died in the 1970s due to exposure to domestic sewage. 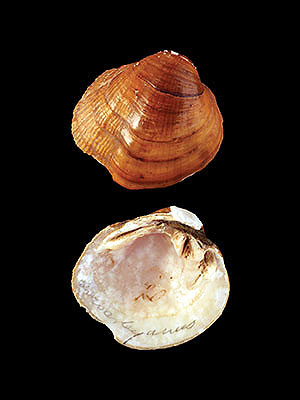