White’s Amastra Snail was described in 1917; it was found near the western coast of Hawai’i, Hawaiian Islands.

The shells reach average sizes of 1,2 cm in height.

“At first sight this Amastra appears to be a form of A. conica. It differs, however, from A. conica and its varieties … in its thicker shell, closed perforation, besides the embryonic whorls are slightly more convex and the apex less pointed. Some of the specimens are more distinctly keeled at the periphery than the holotype. It is, however, in the immature specimens that the differences are more apparent. The shells are broader in proportion to their length and there is a strong distinct keel at the periphery.” [1] 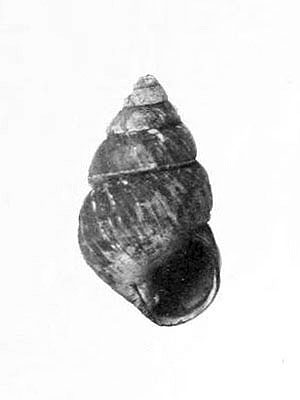