The Simple-leaved Beggartick was a terrestrial herb that was found only once, in 1897, near the Hacienda El Recreo in the Manabí Province of Ecuador.

The region has now lost almost all of its original forest cover and this species might well be extinct. 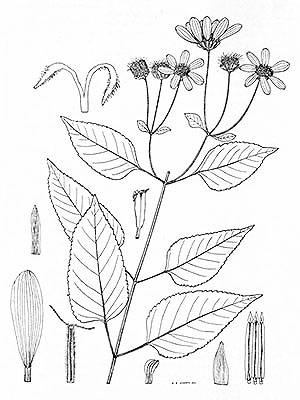 The Henderson Island Beggartick is found on Henderson Island, Pitcairn Islands and also occurs or occurred on the nearby Oeno Atoll, some three variaties are sometimes distinguished, with the form from the Oeno Atoll being one of them.

The Oeno Island Beggartick is now sometimes treated as a synonym of the nominate form, I’ll mention it here just for the sake of completeness.