This species is known only from several subfossil remains that have been recovered from samplings from the island of ‘Upolu, Samoa by Nick Porch, an Australian entomologist specialized in subfossil insect remains.

The species must have had a size of about 0,3 cm in length.

The genus was formerly known to occur on the Fijian Islands, so this is a new record for the Samoan Islands.

The species might quite likely be still alive, but will be mentioned here for completeness.

Graeffe’s Ground Beetle was described in 2017 based on a single male specimen that had been collected sometimes between 1862 and 1870 on the mountains near Apia, the capital of Samoa on the island of ‘Upolu. This specimen was housed in the Muséum national d’Histoire naturelle, Paris, France and was only recently rediscovered.

Graeffe’s Ground Beetle has never been recorded since the collection of the type and is almost certainly extinct. [1] 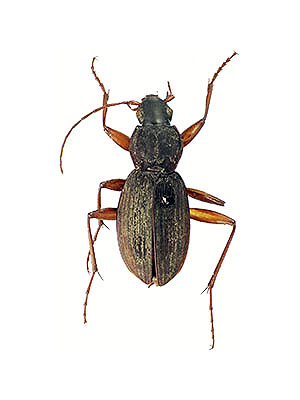 The Samoan Skipper, sometimes considered a subspecies of the Fijian Skipper (Oriens augustula (Herrich-Schäffer)) (see photo) or even as a synonym of it, however, both forms differ significantly from each other.

This species is known only from the island of ‘Upolu, Samoa, but was not found there in recent years and might in fact be extinct. [1]

This species was described in the year 1983.

The ‘species’ occurs on the islands of Tutuila and ‘Upolu, the respective populations, however, differ from each other, and with certainty represent at least distinct subspecies, or possibly even species.

The population of the island of ‘Upolu was not found again during field searches in the years from 1992 to 1994, and is now most probably wiped out. [2]

Betche’s Corybas Orchid is known only from the type collection that was made in 1923 on the island of ‘Upolu, Samoa.

This was a very small, only about 5 cm large, terrestrial orchid that grew in the dense shrub layer of montane rain forests, it had a single, up to 3 cm long and 2,6 cm wide, leaf with a cordate base and a acute tip. [1]

This somewhat enigmatic Upolu Cyrtandra was restricted to the island of ‘Upolu, Samoa.

The species was named for the vernacular Samoan name given to several members of this genus – mamolea.

The Bell-flowered Cyrtandra occurred in the tropical rainforests of the islands of Savai’i and ‘Upolu, Samoa.

The species had very large, up to 4 cm long hanging, bell-shaped greenish flowers.

The Bell-flowered Cyrtandra was apparently last collected in 1905 and is now most likely extinct. [1]

This species from the Samoan island of ‘Upolu, which is known only from a handful specimens, was described in the year 1869.

Graeffe’s Graeffedon Snail inhabited the leaf litter of the rainforests, where it easily felt victim to introduced rats, and more so to the likewise introduced Yellow Crazy Ants (Anoplolepis gracilipes F. Smith).

The last specimen was collected in the year 1965.

This species was described in 1865; it was restricted to the island of ‘Upolu, Samoa.

The shells reach sizes of 0,43 to 0,59 cm in diameter, making it one of the largest members of its genus; they are: “Rather narrowly umbilicated, rugose, striate-costulate, with curved-back radiations of white and grayish corneous, suture subimpressed; whorls 5, slowly increasing, the last not descending, oblique, obtusely subangulated, flatly rounded below; right margin of peristome subincurved.” [1]

The species wasn’t found during recent surveys and might well be extinct. 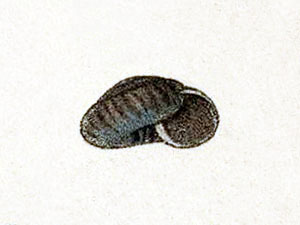 Funk’s Cyrtandra was restricted to the rainforests of the island of ‘Upolu, Samoa.

This species is known only from the type collection and was never found again; it might well be extinct.